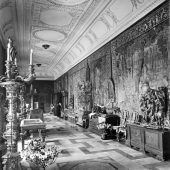 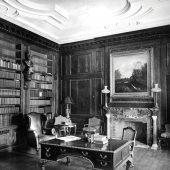 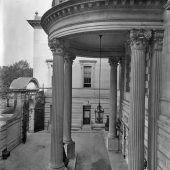 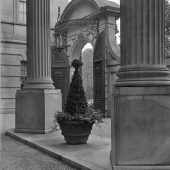 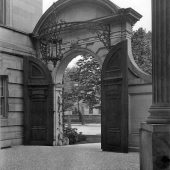 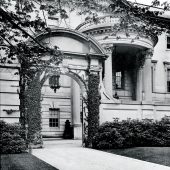 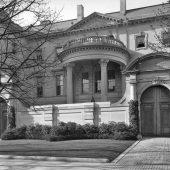 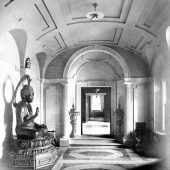 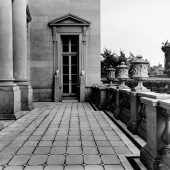 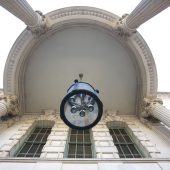 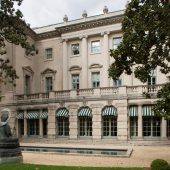 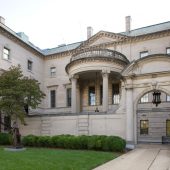 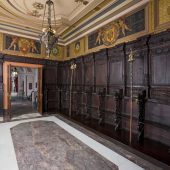 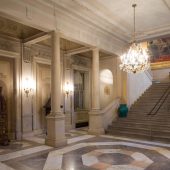 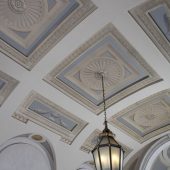 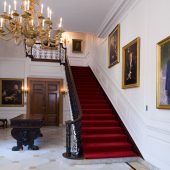 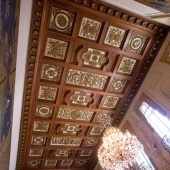 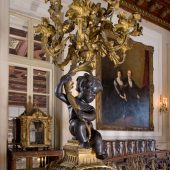 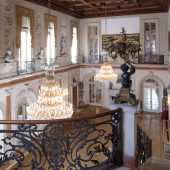 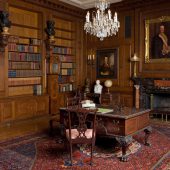 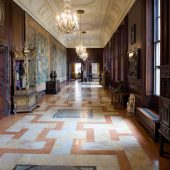 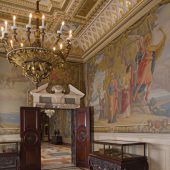 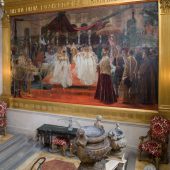 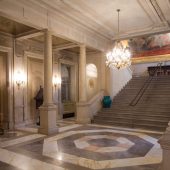 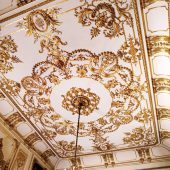 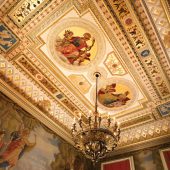 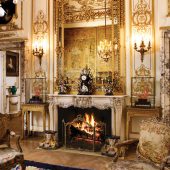 Anderson House was crafted between 1902 and 1905 in the heart of Embassy Row, near Dupont Circle—Washington, D.C.’s most fashionable neighborhood during the Gilded Age. The Boston firm of Arthur Little & Herbert Browne designed this Beaux-Arts mansion as the winter home of American diplomat Larz Anderson and his wife, Isabel.

The Andersons entertained American and foreign dignitaries and Washington’s high society with grandeur. During the social season, the Andersons hosted diplomatic and inaugural receptions, formal dinners and luncheons, concerts, and performances of plays and musicals. The fifty-room mansion is considered to be Little & Browne’s finest architectural achievement. Its eclectic interiors, dominated by English and Italian influences, feature carved wood walls, murals, gilded papier-mâché ceilings, ornate iron work, and intricate marble floors. The  furnishings of this stately home consisted of elegant antiques from around the world, as well as museum quality paintings, sculpture, ceramics, books and ‘objets du jour’ that reflected the couple’s interest and good taste in trends of the era.

Upon the death of Larz Anderson in 1937, his widow oversaw the gift of Anderson House and much of its contents to the Society of the Cincinnati, of which Mr. Anderson had been a devoted member. The Society was founded in 1783 at the close of the Revolutionary War by American Officers of the Continental Army and their French counterparts to preserve the ideals for which they had fought. These officers’ descendants, like Larz Anderson, have perpetuated the Society as a nonprofit historical and educational organization devoted to promoting increased awareness of and appreciation for the Revolutionary War period and its lasting achievements.

Anderson House first opened to the public as a museum in 1939, but temporarily closed during World War II to house offices of the U.S. Navy.  It has served as the Society’s headquarters since Isabel Anderson donated it in 1938. Today Anderson House is also home to the Society’s research library, collections of art, armaments, military equipment and other historical artifacts that commemorate the war and its participants. Open to the public during specific hours, Anderson House features changing exhibitions on the history of the American Revolution, The Society of the Cincinnati and Anderson House and its original occupants. The Society offers a variety of programs throughout the year, including lectures, concerts and holiday tours. Anderson House proudly stands as an example of architectural grandeur, and a testament to gracious elegance of a by-gone era.